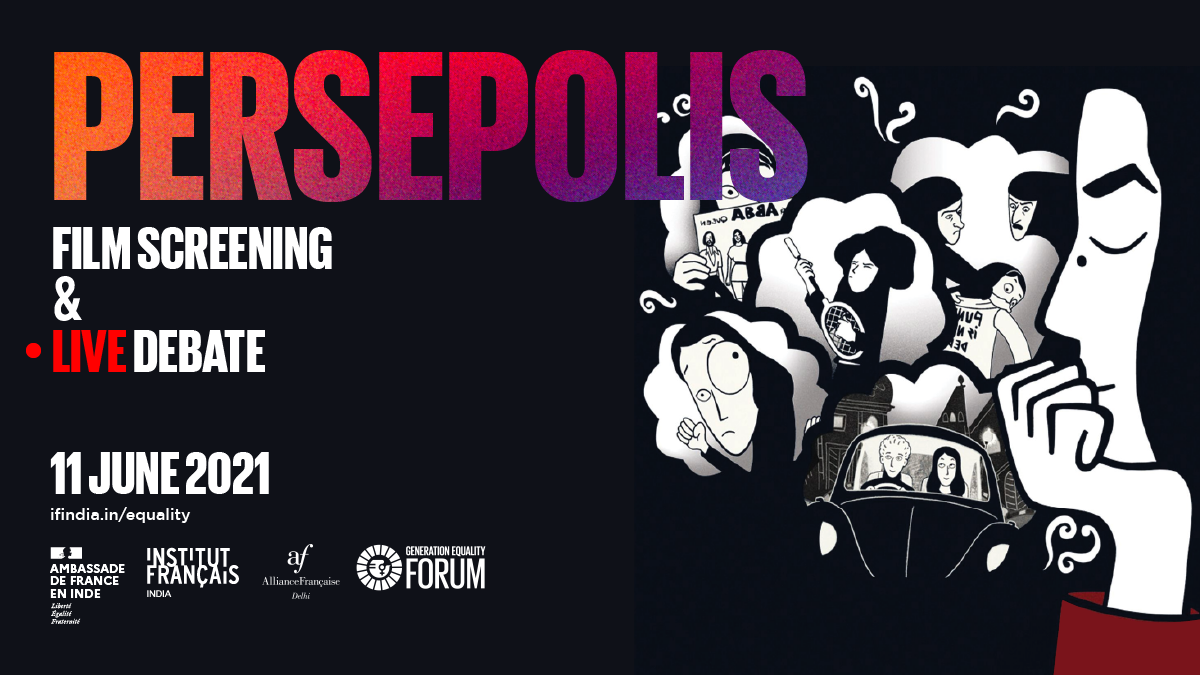 Persepolis is a semi-autobiographical graphic novel by Marjane Satrapi. In powerful black-and-white comic strip images, Satrapi tells the story of her life in Tehran from ages six to fourteen, years that saw the overthrow of the Shah’s regime, the triumph of the Islamic Revolution, and the devastating effects of war with Iraq.

Eight years old Marjane (Marji) who wants to become a prophet, was brought up in a liberal family that supported education, modernity forgiveness, and justice and didn’t believe in the orthodox government regime. In this story, Marji is going through revolutions, war, mourning, exile, depression but also learning more about life, puberty, and first love.

She survives wars and political suppression but a failed love affair made her life miserable. The book talks about how she lived and fights back in war times, her struggles against orthodox society, her divorce at the age of 21, and how she finds refuge in France and has a new beginning. The author has written the text in an almost childish manner, to reflect her innocence in the horrifying world. The book provides an alternative outlook into Iran for western countries who consumed the false and negative media attention given to Iran at that time.

Persepolis has been adapted into an animated film and won the Jury Prize at the Cannes Film Festival 2007. The movie was named the Official French Selection for the Best Foreign Language Film. It is now published in Hindi by Vani Prakashan and the book is available in the Indian market.