Jaya Ganga appears in Hindi, published by Rajkamal Prakashan with the support of the French Institute in India

Jaya Ganga, a novel by Vijay Singh, traces the quest of a young Indian from Paris journeying down the Ganga. The book has been translated into Hindi by Mangalesh Dabral and is published by the renowned Hindi publishing house Rajkamal Prakashan with the support of the French Institute in India. This book has also been made into a cult Indo-French film.

When this travelogue novel was first published in France, it received a ravishing response from its literary circles which spoke of the unprecedented manner in which the inner and outer worlds of the author have been brought together.

Later the author himself adapted the book into a film which ran for a record 49 weeks in Paris and the UK cinemas after being screened in 40 countries on all continents.

Emmanuel Lenain, Ambassador of France to India, said “Jaya Ganga being translated into Hindi represents the completion of a cycle and a perfect example of cross-fertilization between Indian and French cultures. Vijay Singh masters many universes and is an outstanding driving force in cultural exchanges. The French Government is enthusiastic about this project and supports it fully. I have no doubt it will bring delight to many Hindi speakers.” 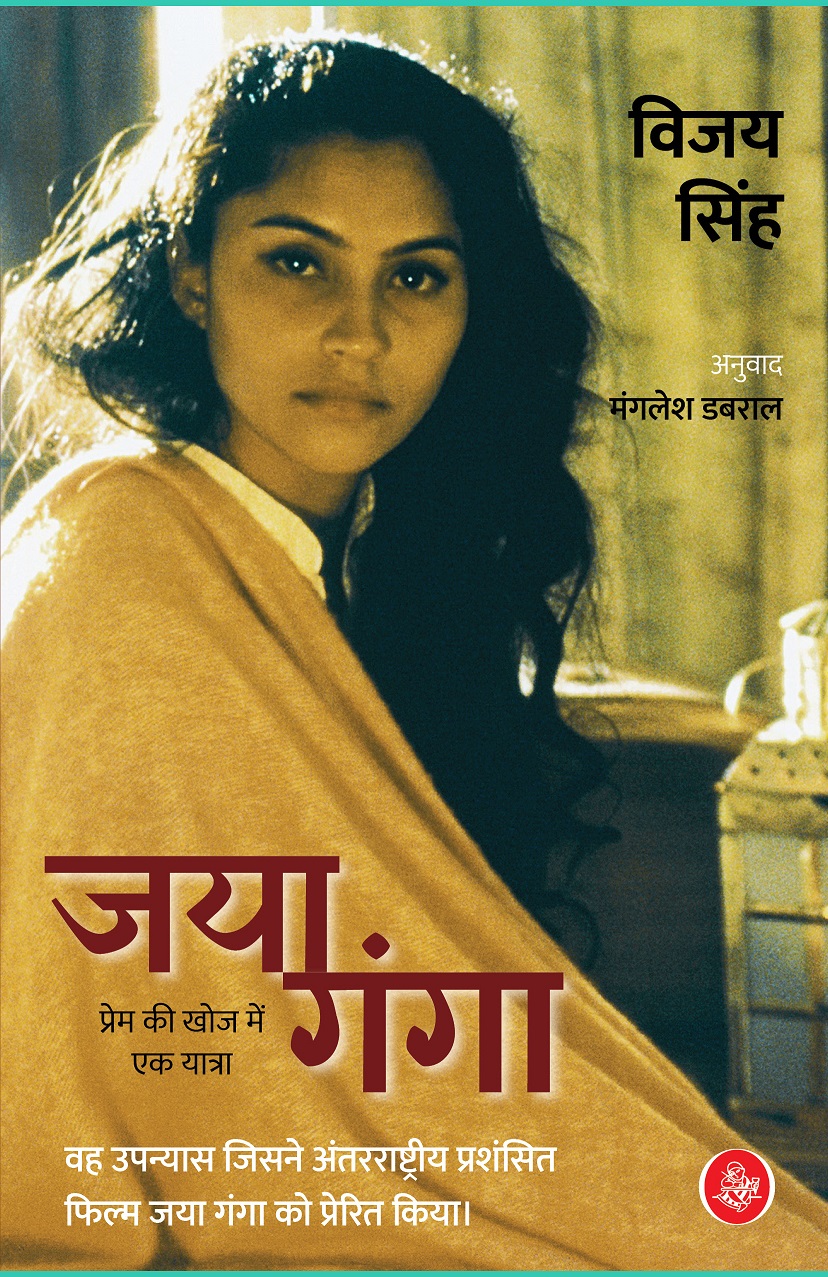 Translated into Hindi by the renowned Hindi poet and writer, Mangalesh Dabral, Jaya Ganga will sadly be listed as one of those books whose translator succumbed to COVID almost soon after the translation was completed.

In a moving tribute to Mangalesh Dabral, Vijay Singh writes in the book:

“I had never met him. I had never seen him. I had never read him. He was only a voice to me, a telephone voice that came into my life just before the outbreak of the Coronavirus pandemic. But this was also the voice that I exchanged with for hours and hours over 2020, and we spoke of virtually everything under the sun – love, life, death, poetry, music, rivers, mountains…

This voice belonged to Mangalesh Dabral, who is no more today. Sadly, his voice will forever remain a voice to me. Alvida, Mangaleshji, and please accept my sincerest thanks for the painstaking dedication and complicity with which you translated this book into Hindi. It was indeed a privilege to work with you, and to relive and recreate, through laughter and bonhomie and Coronavirus fears, the images of this book’s journey. I had always said to you that the words of your own poetry reminded me of the lightness of a butterfly. How little did I know that this butterfly would fly away so soon forever, well before the publication of this book? In your death, Coronavirus has cast its funereal shadow on the pages of this book.”

Commenting on the Hindi Translation Ashok Maheshwari, Managing Director, Rajkamal Prakashan, said, “We at Rajkamal Prakashan are not only thrilled that Jaya Ganga is being published in Hindi in India, but it’s also a poignant moment for us as this is going to be the last piece of the translation done by Mangalesh Dabral. The written word and Ganga will both continue their journey forever, etching newer and newer impressions on the reader’s mind.”

The novel was first published in French in 1985 and has been in print for over 35 years. The new English edition will shortly be re-issued.

Story: In the novel, Nishant, a young Indian writer living in Paris, journeys down the Ganges, from its source in the Himalayas to the sea. Haunted by the memory of a beautiful Parisiènne called Jaya, he plans to write a book around this voyage. On the banks of the Ganges, he chances upon Zehra, an irresistible dancing girl in the tradition of the great tawaiffs, who performs in a nearby brothel. Zehra resurrects the memory of Jaya.

With Jaya and Zehra inhabiting his mind, Nishant undertakes an entrancing journey down the Ganga replete with unexpected encounters with Sadhus, boatmen, engineers, vernacular journalists, tawaiffs, pimps, administrators, Bollywood stars like Amitabh Bachchan on his election campaign, and the omnipresent pandas…

Rarely before have poetic prose and class journalism been brought together with such effortless and readable ease.

Jaya Ganga is now available in Hindi on the Rajkamal Prakashan website and other leading online platforms.

About the author: Vijay Singh is an Indian filmmaker, screenplay writer and novelist living in Paris.

Since the early eighties, he has written extensively for Le Monde, Le Monde Diplomatique, Libération, the Guardian and several other international and Indian newspapers.

As a playwright, he wrote and directed the play Waiting for Beckett by Godot. A few years later, he directed the film Man and Elephant (1989), which has been shown on more than one hundred TV channels. As a screenwriter and filmmaker, he has made  Jaya Ganga and One Dollar Curry. Jaya Ganga played for 49 consecutive weeks in the cinema halls of Paris and the UK.

Vijay Singh is the author of several internationally-acclaimed books: Jaya Ganga, In Search of the River Goddess; La Nuit Poignardée; Whirlpool of Shadows; and The River Goddess. His books have been translated into French and other European languages.

For literary writing, he has received the Prix Villa Médicis hors les murs in 1990, and the Leonardo da Vinci Award in 1994 for screenplay writing.

He was awarded many important awards as a poet.