The historic international photography festival Les Rencontres d’Arles, is back after weathering the pandemic, running from July 4 through September 25 in the southern French town of Arles. The 2022 edition, titled “Visible or Invisible, a Summer Revealed”, includes 40 very varied exhibitions, to which are added those offered in the Grand Arles Express, showcasing works by unknown or forgotten artists and works by emergent talents.

For this year’s edition, India and its art scene will be in the spotlight. Many Indian artists, curators, foundations and cultural institutions will represent India and its cultural and artistic diversity in Arles while also meeting French partners and professionals to initiate cross-cultural learning experiences and Franco-Indian collaborations.

Les Rencontres d’Arles, pegged as a mecca for the finest of photographic and contemporary creative talents, will play host to The Serendipity Arts Foundation, an Indian arts and cultural development trust which aims to promote new creative strategies, artistic interventions and cultural partnerships. Serendipity Arts and Les Rencontres d’Arles launched a grant for photography, video and new media in South Asia, an initiative supported by the French Institute in India in 2020. 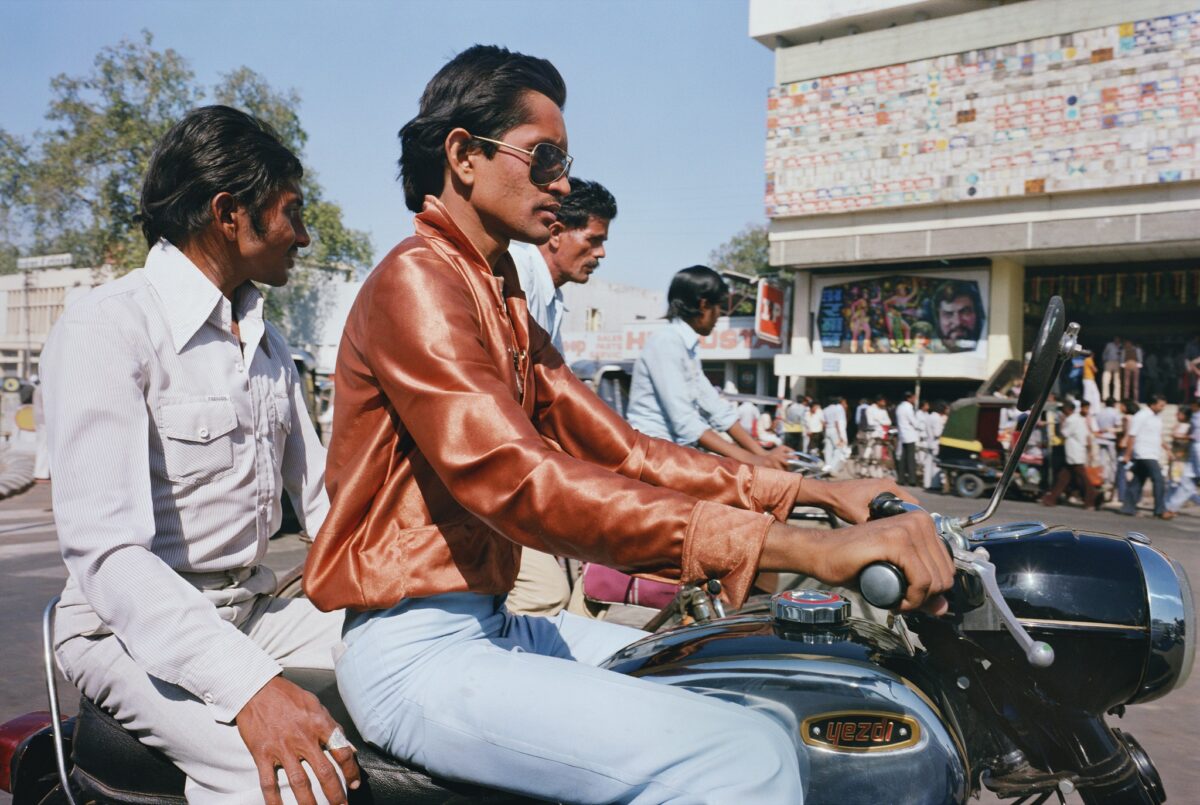 Amongst the many applicants and emerging artists, Sathish Kumar’s ‘Town Boy’ was selected by a panel of eminent jury members. The project will now be exhibited at Les Rencontre D’Arles, 2022 edition. He will be accompanied by Jaisingh Nageswaran and Adira Thekkuveettil, finalists of the same grant.

Serendipity Arts Foundation will also be represented by one of its curators, Mr.Ravi Agrawal. He is the creative mind behind the exhibition “Imagined Documents” (organized within the framework of the Serendipity Arts Festival) that displays contemporary works of 10 artists from the Indian subcontinent and beyond : Bani Abidi, Azadeh Akhlaghi, Dia Mehhta Bhupal, Sharbendu De, Sukanya Ghosh, Krishan Khanna, Yamini Nayar, Prajakta Potnis, Vivan Sundaram and Munem Wasif.

Additionally, The Chennai Photo Biennale Foundation, an Indian organization celebrating and promoting photography as an art form and practice through various initiatives like their very own photography festival in the city of Chennai, will be represented by its founders – Shuchi Kapoor and Varun Gupta. On this occasion, the Chennai Photo Biennale Foundation will showcase a series of artworks during the festival’s Night of the Year.

To add to the list, two Indian documentary photographers- Anshika Varma and Adil Hasan, have been invited by Les Rencontres d’Arles to present Offset Projects as part of the Arles Books Fair. Founded in 2018, Offset Projects is a traveling pitara of photography, books and book-making which aims to explore various engagements and sociological impact of receiving the world through creative expressions in visual language. During this event dedicated to the richness and variety of publishing practices, a facet essential to the creation and dissemination of photography, they will present photo books from their Offset library Pitara as well as their own publication, Guftgu.

Also, Editions JOJO, publishing alias of visual artist and photographer Kaamna Patel dedicated to limited edition, handmade, photobooks and artist books, has been selected as one of the publishers and booksellers featured in Arles at the Arles Books Fair, organised by France Photobook.

The curator and director of publications at the Alkazi Foundation for the Arts, Rahaab Allana, will also partake in Les Rencontres d’Arles to meet with other professionals from the field. Rahaab Allana regularly collaborates with French cultural institutions. He recently curated Convergence – a photography exhibition organised by the French Institute in India as part of the 4th edition of Bonjour India festival in honour of the 75 years of India’s independence.

The Indian highlight in Arles is also reflected by the presence and participation of several Indian artists during the opening night of the festival. On this occasion, the Barcelona based DJ, reporter and rare record collector Victor Kiswell will present 70s-90s’ disco and funk music from the Indian subcontinent. His performance will be followed by that of OHM Duo, Tamil artists who will perform live the mridangam. Finally, DJ Loya will offer a set inspired by the sounds of the Indian Ocean.

The large scope of the Indian presence at Les Rencontres d’Arles is an opportunity to foster links between these Indian cultural players and the French festival, and thus to establish a long-term and fruitful collaboration for future editions. The presence of Indian delegations and artists is not only an opportunity to showcase and promote India’s rich culture and history, but also to encourage the sharing of knowledge and facilitate mutual learning experiences.

Annual photography festival Les Rencontres d’Arles was founded in 1970 by Arlesian photographer Lucien Clergue, writer Michel Tournier, and historian Jean-Maurice Rouquette. At the time, photography was still regarded as a “minor” art and had not come of age. The festival played an important role in enabling it to gain recognition from institutions. Starting out as a series of encounters between photography enthusiasts, over the years the event gained importance and much popularity, with soaring success in the early 2000s due to a growing public interest in photography. Forecasting changes in the medium of photography and in the evolution of technologies, offering experience of the image to all, these are the festival’s key ambitions. Its program is made rich through a diversity of perspectives with photographers and curators hailing from different backgrounds. Every summer for over 50 years, the festival has been a major influence in disseminating the best of world contemporary photography and playing the role of a springboard for international photographic talents.

During its opening week in the beginning of July, the city of Arles vibrates with photography. In addition to exhibitions, evenings are enlivened with projections, concerts, and other performances disseminated in the city’s numerous heritage sites. The famous Night of the Year, the festival’s notable feature, is an occasion to attend debates, book signings, meetings with artists and party all night long under the stars.