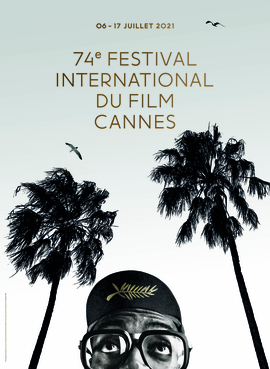 The Cannes film festival, which was forced to cancel its 73rd edition last year because of the global Covid-19 pandemic is back in its much-anticipated physical once again this year, from 6th to 17th July 2021. The festival sees the selection of three young Indian filmmakers across different sections.

Suman Sen‘s debut feature Eka (Solo) is one of the 10 film projects selected for the 2021 edition of La Fabrique Cinéma. Each year ten directors from across the world, working on their first or second feature films are invited to attend the Festival de Cannes along with their producers. La Fabrique Cinéma de l’Institut français is a tailored program helping talented young directors from emerging countries increase their international exposure.

Payal Kapadia‘s feature film “A Night of Knowing Nothing” has been selected as part of the 53rd edition of the Directors’ Fortnight section. She will be seen returning to the prestigious film festival after the short film “Afternoon Clouds” was seen at the Cinefondation selection of the 2017 edition.

An Indo-French production, “A Night of Knowing Nothing” tells the story of a young woman who writes letters to her estranged lover. The film will also be screened at the Marseille Festival of Documentary Film in July.

For the first time this year, the Cannes film festival will present a Cinema for the Climate program with seven films which are dealing with issues such as climate change and the collapse of biodiversity.

Indian filmmaker Rahul Jain is part of the festival’s new section. In the shocking documentary Invisible Demons, he gives an insight into the pollution in New Delhi.