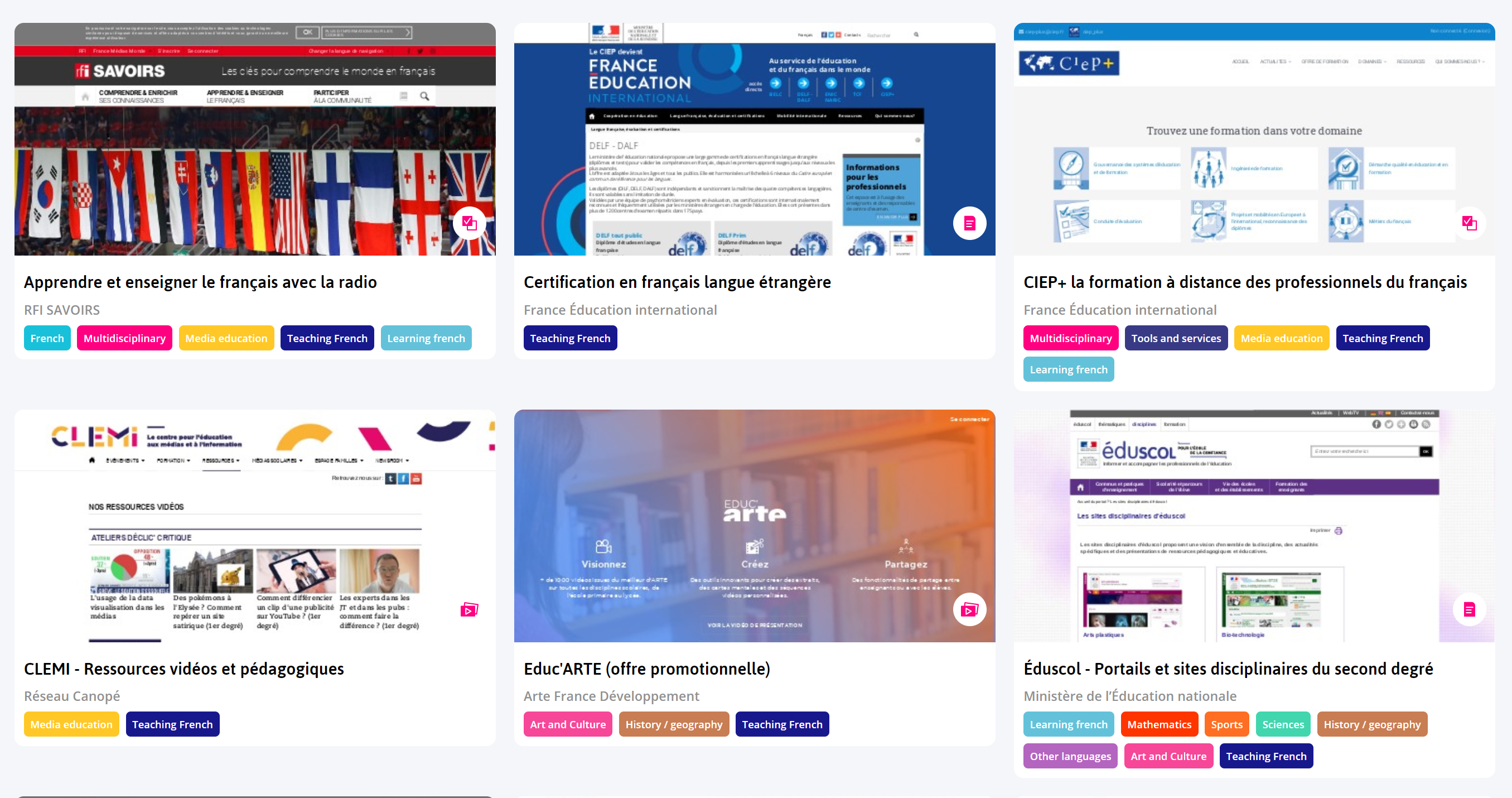 At the heart of France’s educational, cultural and economic policy, the network of French schools abroad supports the growth of French communities and businesses in the world. It also helps promote the French language and culture, welcoming more than 244,000 international students (65% of students). The excellence of French schools abroad explains why they are so popular (their enrolment has increased by 50% in 20 years).

FRED: the platform for French teachers and learners

Do you teach French? Are you learning French? The FRED platform – www.franceducation.fr – offers you free access to a wide range of high-quality content: videos, texts, infographics, podcasts and more.

The FRED project is co-piloted by the French ministries for Europe and Foreign Affairs, and Education and Youth. It uses technologies developed by the French company Qwant.

The FRED platform is one of 33 measures adopted under the plan for the French language and multilingualism presented by President Macron on 20 March 2018. By making online educational services more visible and accessible, FRED aims to boost the attractiveness of French around the world. Spreading and teaching the French language are two important vectors for France’s soft diplomacy. Today, French is the fifth most spoken language in the world, with around 275 million speakers. Between now and 2050, the number of French speakers should reach more than 700 million.