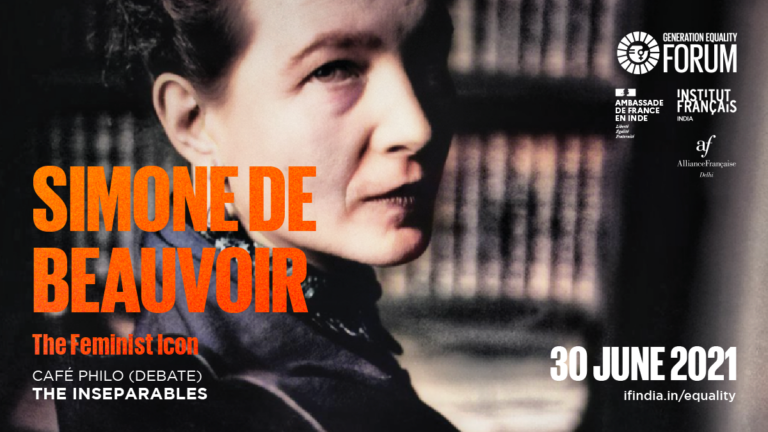 French author and existentialist Simone de Beauvoir have had a considerable influence on feminist theory and gender studies around the world. Her landmark book considered the Bible of the feminist movement, The Second Sex (1949) will soon be translated again in Hindi by Monica Singh, with the support of our PAP Tagore programme.

Beauvoir referred to women as the Second Sex because they always seemed to be defined in relation to men.

In the context of the Generation Equality Forum, the French Institute is conducting a debate to revisit the impact of Beauvoir’s works through three generations, represented by: