She is a French star. A qualified clinical psychologist, she worked on child protection before writing her first novel, Les gens heureux lisent et boivent du café (Happy people read and drink coffee). Every year, she releases a new novel in spring which captivates several hundred thousand readers (Figaro – GFK 2020: 565,000 copies sold). She has sold more than 3.5 million copies of her novels in France and internationally. In 2020, she was on the list of the top ten bestsellers of L’Express for the third time. Her work Une evidence is a novel that recounts the story of a perfect life built on a lie against a background of India, love and spices. Amos Frappa teaches history in secondary and higher education in Lyon and also law at Afitt, a thanatopraxy school based in Paris. His research focuses on death, criminology and security. His main interest is forensics. His thesis was on Edmond Locard, one of the pioneers of French forensics. He also wrote a book on Alexandre Lacassagne, the founder of French criminology. 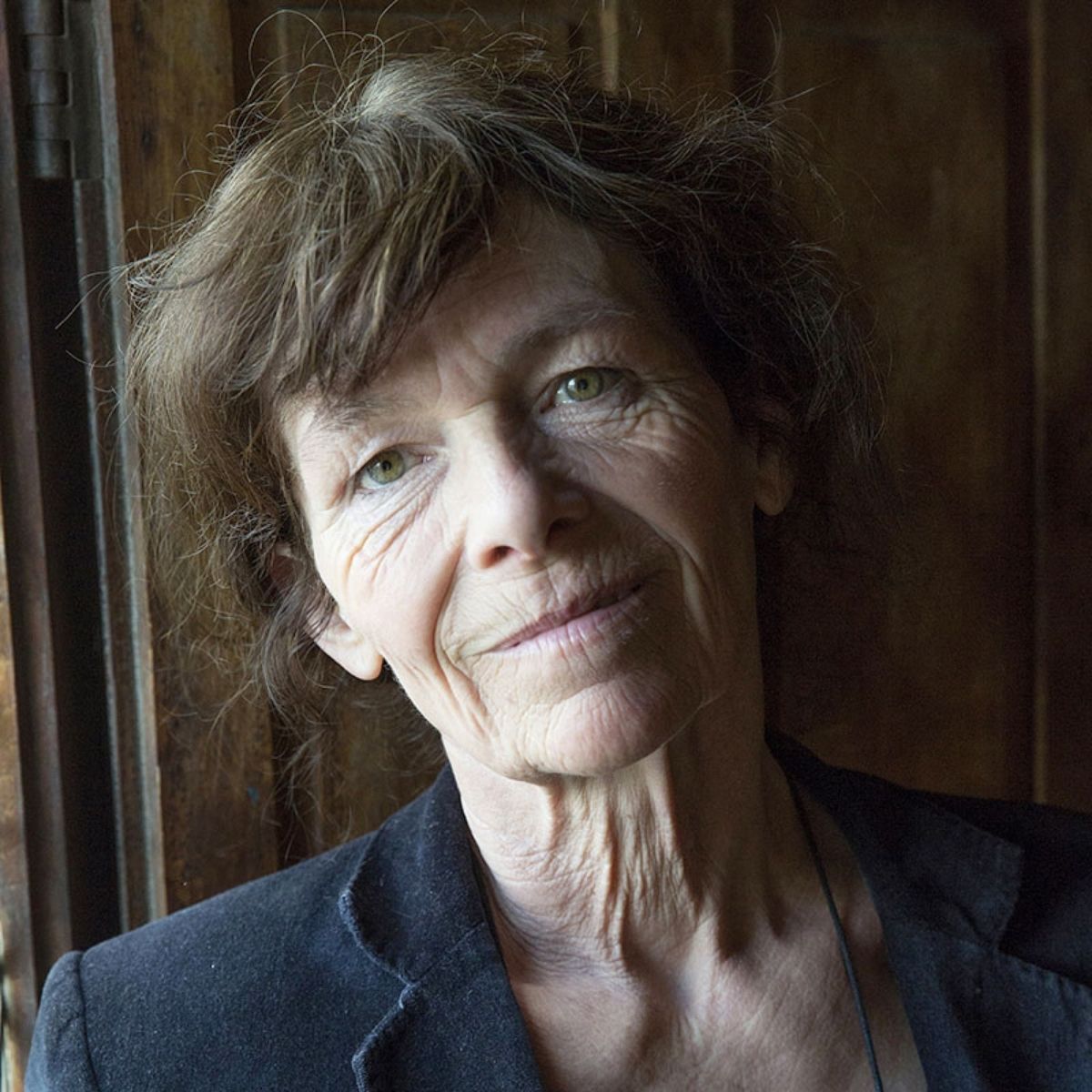 She is a daring author and was a fisherwoman in Alaska for 6 years where she was confronted with a job reserved for men, for tough guys. Her first novel Le Grand Marin (Woman at Sea), was one of the revelations of 2016. It has sold 230,000 copies, won several literary awards, and is currently being adapted for the movies. It is being translated into English and Bengali and will be published by Apeejay Trust. Born in Algeria, she studied English literature at Sorbonne and at Harvard. She wrote a PhD thesis on English black humor. She is a member of the Prix Femina. 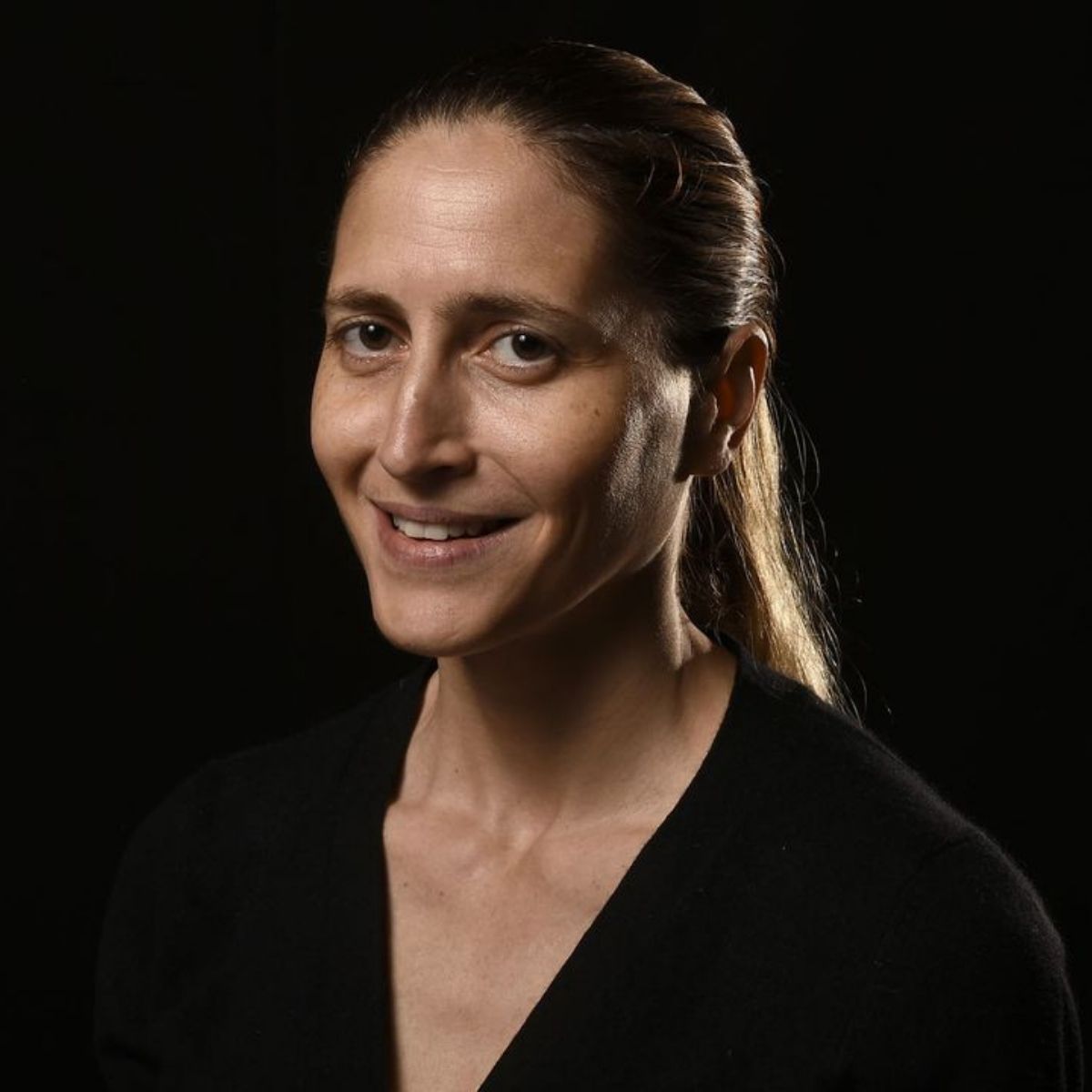 Philosopher and psychoanalyst, she holds the Humanities and Health Chair at the Conservatoire national des arts et métiers (National Conservatory of Arts and Crafts). Involved in various philosophical, intellectual and political activities, she is the author of numerous books, including Le soin est un humanisme, Ci-gît l’amer, guérir du ressentiment. He is a comic artist and the author of children’s books. He writes comics based on real life or field reporting (Lebanon, Brazil). L’Odyssée d’Hakim (the Hakim’s Odyssey), the journey of a Syrian refugee, was awarded as the best comic on current affairs and reporting by the jury of Prix France Info. His work mainly concerns important contemporary and social issues. His first album, Ce n’est pas toi que j’attendais, is an autobiographical account on the birth of a little girl with Down’s syndrome analyzed by the father-author. He is a novelist for young adults and is mainly known for his works on science-fiction and fantasy. He has written several novels for adults and youngsters, but also short stories, scripts for graphic novels, as well as radio dramas and crime novels. He is also a journalist and writes book reviews for Lire and Le Canard enchaîné. A four-time winner of the Grand Prix de l’imaginaire, he has been approached by an Indian producer for his highly acclaimed novel for the young, La Bonne aventure (The Good Adventure). 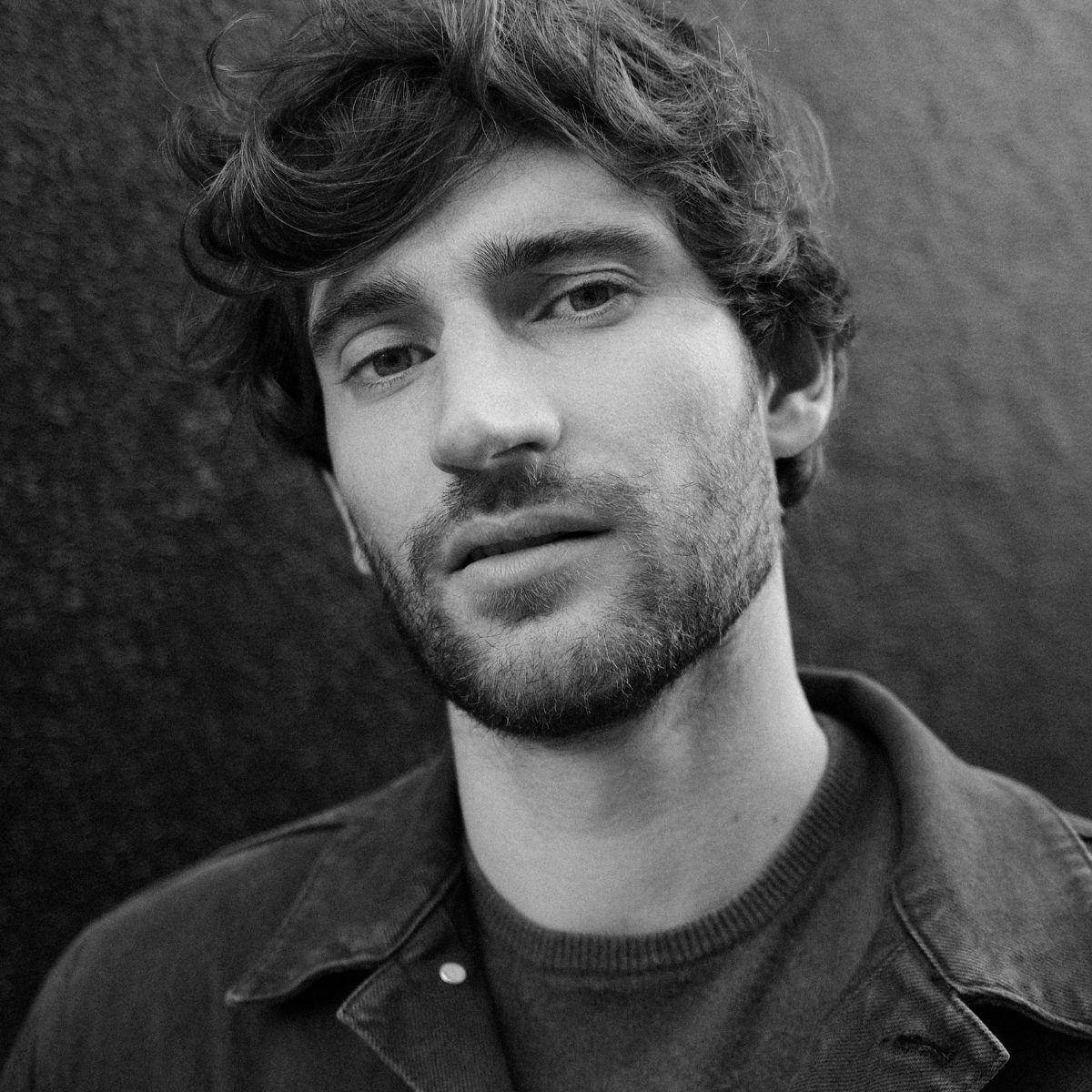 An ice hockey champion, François-Henri Désérable has moved towards literature. His work Mon maître et mon vainqueur is an impossible love affair between Vasco, curator of treasures at the Bibliothèque National de France (National French Library) and Tina, a poet. It reveals passion as a philosophical test. Hannelore Cayre is a criminal lawyer and an award-winning author of crime fiction. She is the author of Commis d’office (Legal Aid), Toiles de maître and Comme au cinema among others. She has directed several short films, and the adaptation of Commis d’office is her first feature film. She wrote the bestseller La Daronne (Métailié, 2017), which was adapted to the screen in 2020. She is the winner of the Grand Prix de Littérature Policière and the Prix Le Point du Polar Européen. A press and comic artist, he is also a history and sinology teacher. His press cartoons have appeared in several major French newspapers and magazines. His graphic novel series Silex & the city was adapted into an animated series. In January 2018, he participated in the state visit to China and presented the Chinese edition of his album La Planète des Sages, a world encyclopedia on philosophers and philosophy translated into 12 languages around the world, to President Xi Jinping. Since 2013, he’s the official scenarist of the patrimonial comic book series Lucky Luke, created by René Goscinny. Five years in Jerusalem, three in New York, and three in Beirut, Justine Augier is the author of two novels published by Stock (Son absence, 2008 and En règle avec la nuit, 2010). In 2013, Actes Sud published her polyphonic story Jérusalem, portrait. In April 2015, her new novel, Les idées noires, was published. She received the Prix Renaudot Essai in 2017 for the very impressive De l’ardeur (story of Razan Zaitouneh, Syrian advocate), the story of a Syrian activist and exile.

Haitian by birth and Parisian by adoption, Louis-Philippe Dalembert is a poet and writer. Issues of oppression, racism, humiliation, migration and identity are at the heart of his work. Avant que les ombres s’effacent was awarded the Prix Orange du Livre and the Prix France Bleu/Page des libraires, and Mur Méditerranée received the Prix de la Langue française, the Goncourt Choice of Switzerland and Poland and was shortlisted for the Prix Goncourt des lycéens. His book Milkauwee, a realistic work of fiction on the Georges Floyd case, has been selected in the third list of the Goncourt 2021. 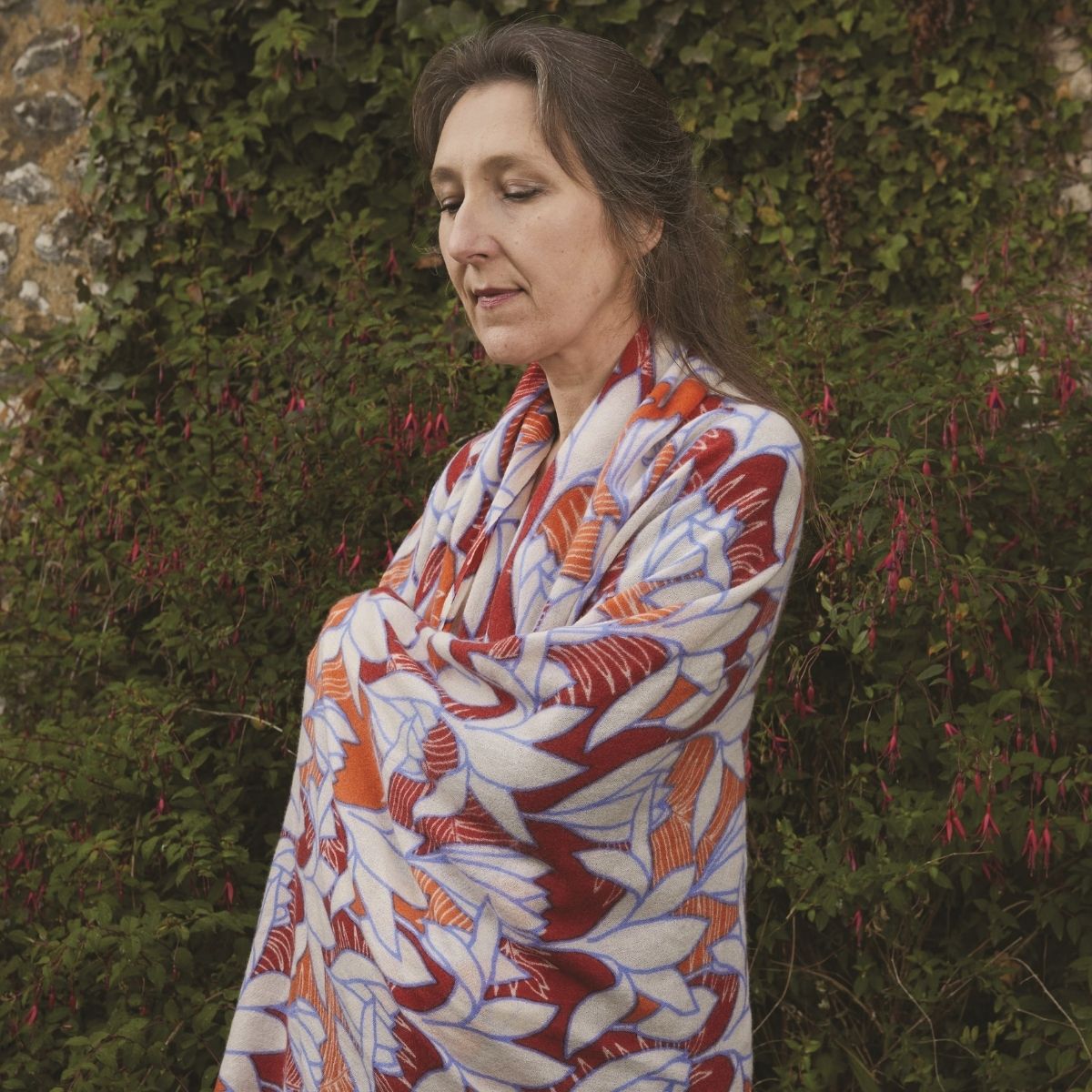 She is an author, a translator and a psychoanalyst. The body, the feminine, ecology and also language (Basque) are some of the themes she covers. Her characters travel to different continents. Truismes, which brought her fame, has been translated into English as Pig Tales. She received the Medicis Prize and the Prize of Prize in 2013 for her book Il faut beaucoup aimer les hommes (Men). She is a children’s books and crime fiction author who lives in Marseille. After studying literature, she worked as an educator in psychiatrics. Recognized as a “young adults” author, she published Frangine in 2013, a novel for teenagers which deals with Medically Assisted Reproduction and homophobia. She received the Prix Ados en Colèrea and in 2018, L’été circulaire was awarded the Grand Prix de littérature policière. Sans foi ni loi, whose heroine is an outlaw woman, received the Pépite d’Or at the Montreuil book fair for children’s books. 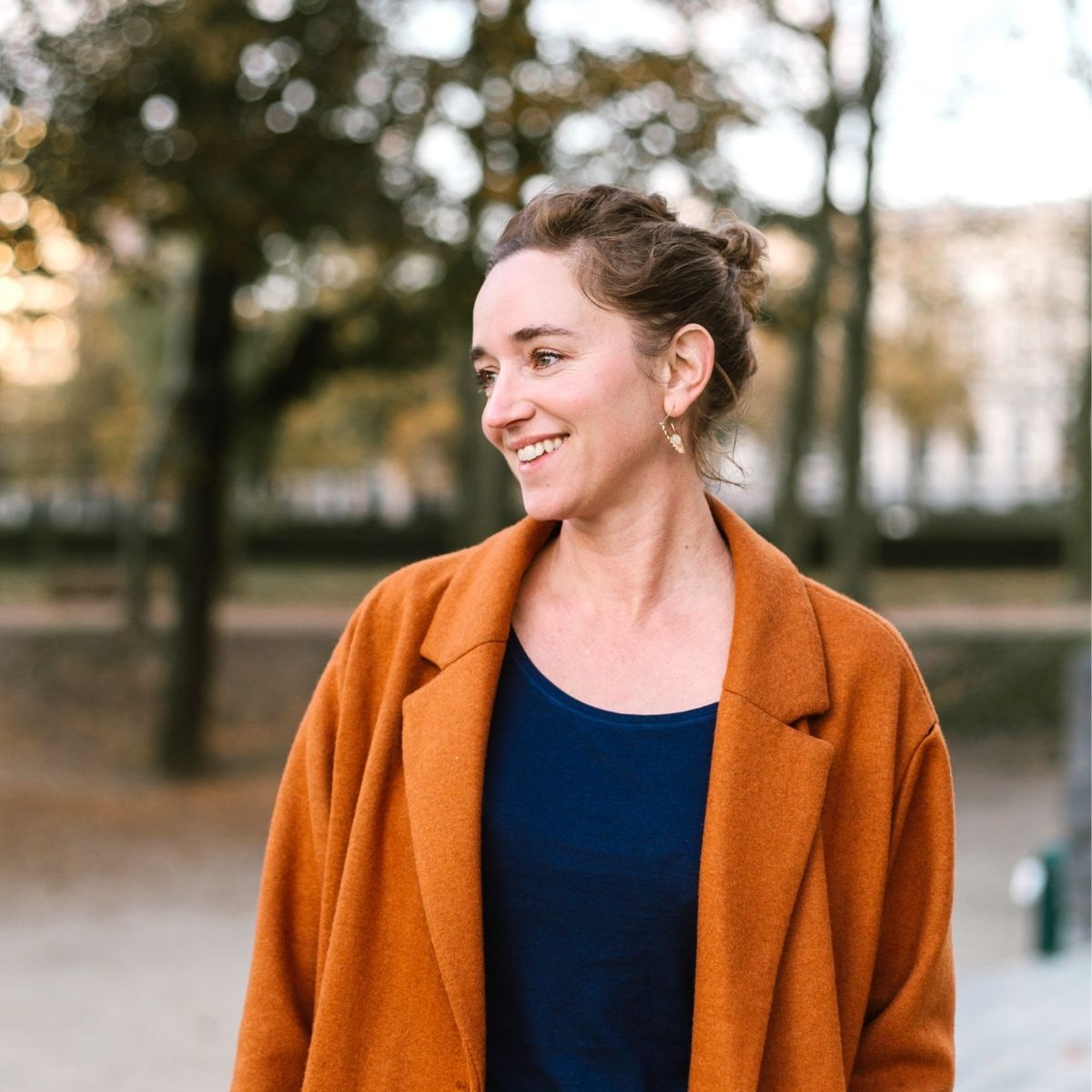 She is an author-illustrator of comics and children’s books and has been signing the albums Le loup en slip (The wolf in pants) for several years now. She illustrates documentaries, albums, academic material and comics. She is involved in drawing workshops for children and is a co-founding member of the Ink Link association, which works with the WHO to help the people of Surinam and connect professionals of comics and NGOs. La boîte à bisous, La terre, la Vie, l’Univers, Ma classe de A à Z… are among her best-known titles. She completed her studies in economics and management and is now in charge of communication in the field of energy and climate. She is also trained in aromatherapy, naturopathy and sophrology. But above all, she writes. Melissa Da Costa has written novels that quickly became bestsellers: Les lendemains, Tout le bleu du ciel, Je revenais des autres. She was awarded the Grand Prix du Livre de Poche 2020 for Tout le bleu du ciel. She is the youngest author of the delegation. He is a prolific crime fiction author who sells the most books in France and is translated into 36 languages, 10 million books sold! His works Code Lupin and Nymphéas noirs have become great classics. His books have also been adapted into films and TV series (Maman a tort – Mother is wrong). Also a geography professor at the University of Rouen, he manages his two careers. He has illustrated several books written by Toni Morrison, Stéphane Hessel, Leila Slimani published by l’Aube, Pastel, l’école des loisirs… He has also illustrated the whole collection of documentaries “Pas bêtes” published by Bayard which have sold 500,000 copies in China and worldwide. 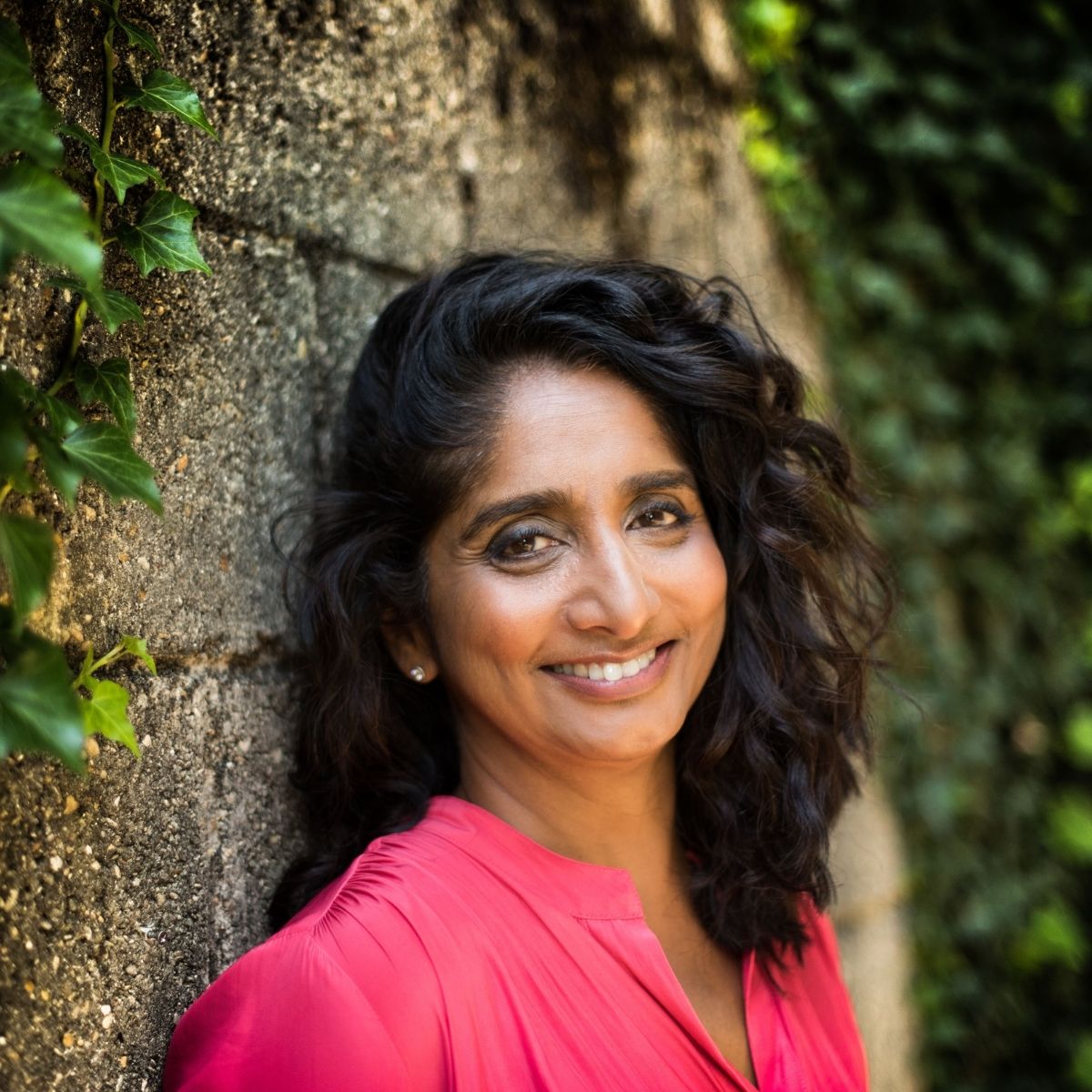 Born in 1971 in India, she is a French journalist and television presenter, notably known for her show “Faut pas rêver” and for hosting the JT “Soir 3” on France Television. A resident of the Mother Teresa orphanage in Delhi, Patricia Loison was adopted at the age of six months by a Franco-Belgian couple and grew up in a well-to-do environment in Paris. She tells the story of her search for her origins and her adoption in a marvelous essay, Je cherche encore ton nom (I am still searching your name). He is a globetrotter whose erudition helped him connect historical characters, who have crisscrossed the world, through an encyclopedic project à la Rousseau: Abracadabra. It is a work that till now has 12 volumes that extends the conversations from book to book. After Polynesia, Gauguin, Loti and Stevenson, the next step is India. He also heads the Maison des écrivains étrangers et traducteurs (The House of Foreign Authors and Translators) in Saint-Nazaire. Patrick Deville was also invited in 2019 to the Tata Literature Festival for his book La Peste et le Choléra (Plague & Cholera) which won the Prix Femina. 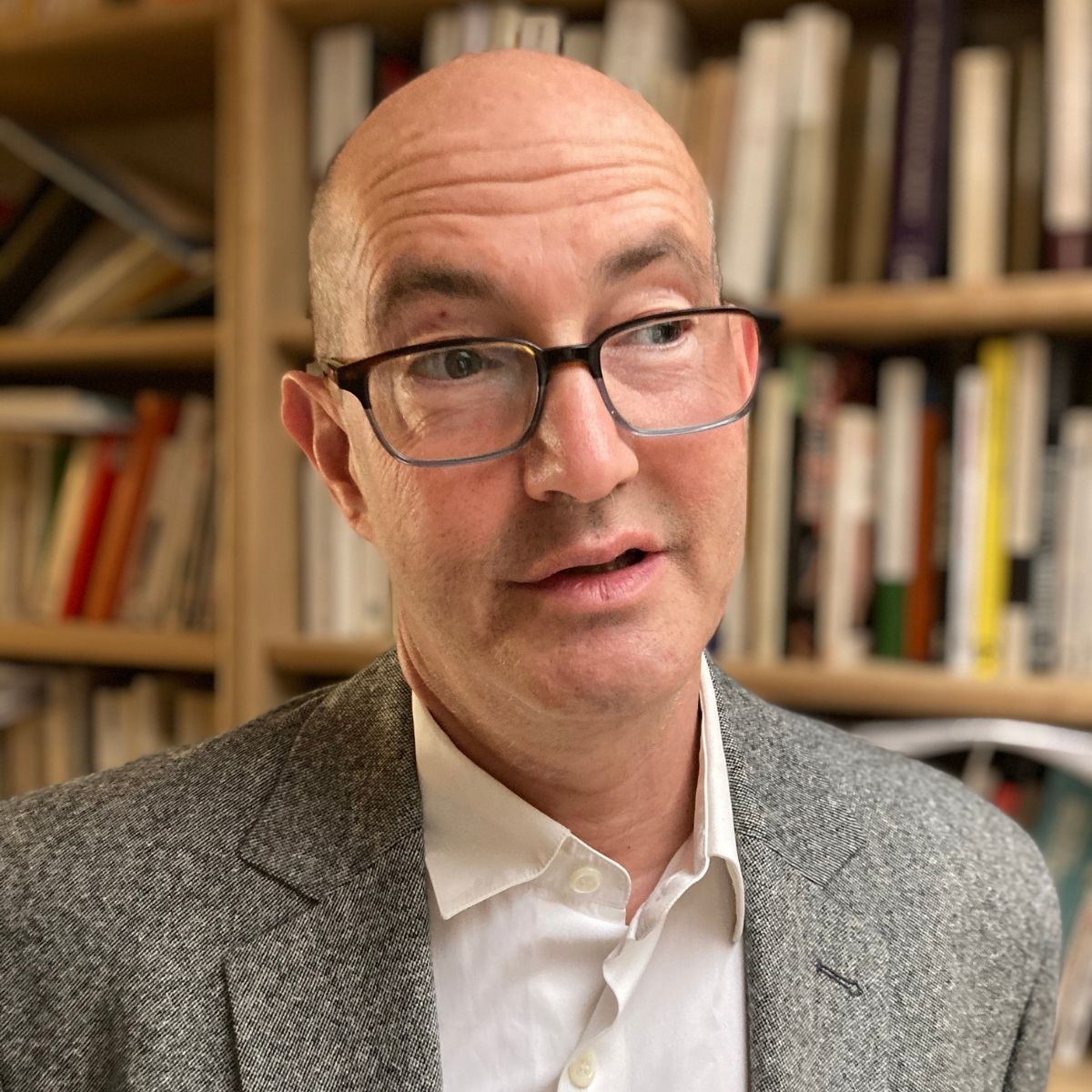 A political scientist, President of the Bibliothèque sans Frontières (Library without Borders), he defends secularism throughout the world, whether or not one believes in God. His web series on secularism is a platform that invites everyone to define its contours. His most notable work is De la laïcité (On Secularism). 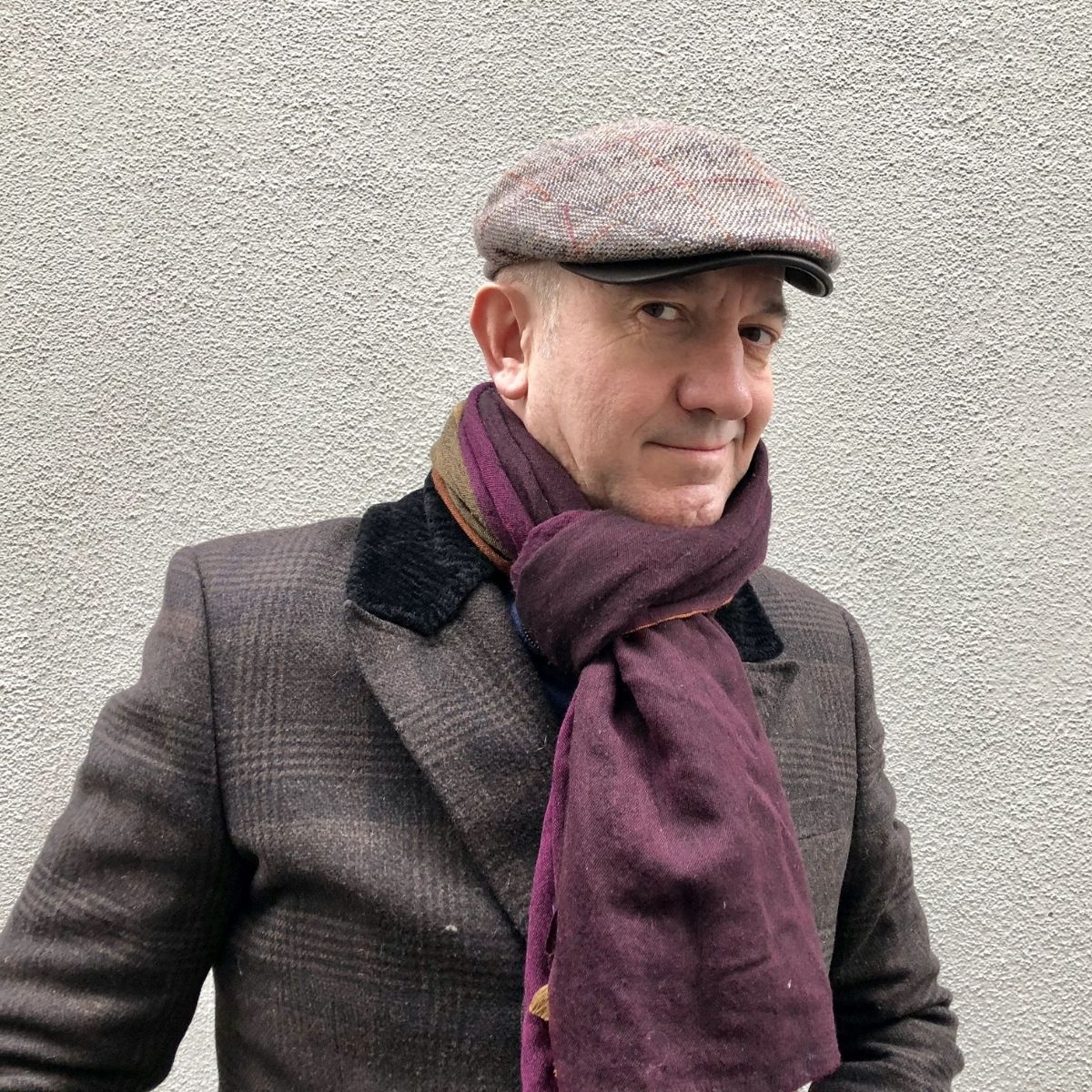 Writer and filmmaker, secretary at the Académie Goncourt (Goncourt Academy), Philippe Claudel has been an avid reader since childhood. He is also a scriptwriter. He is the recipient of the Goncourt des lycéens Prize for Le Rapport de Brodeck and the Renaudot Prize for Les âmes grises which has also been adapted into a feature film. His experience with students as a teacher in prisons in Nancy inspired him to write short stories, novels, and finally screenplays. Raphaël Confiant is a French author from Martinique who writes in Creole and French. The themes of his books range from languages, identities, créolité, interbreeding. He won the Prix Novembre for Eau de Café and the Prix RFO du livre for Le meurtre du Samedi-Gloria. La Panse du chacal was translated into English as The Cane-Cutter’s Song and published by Speaking Tiger Books. 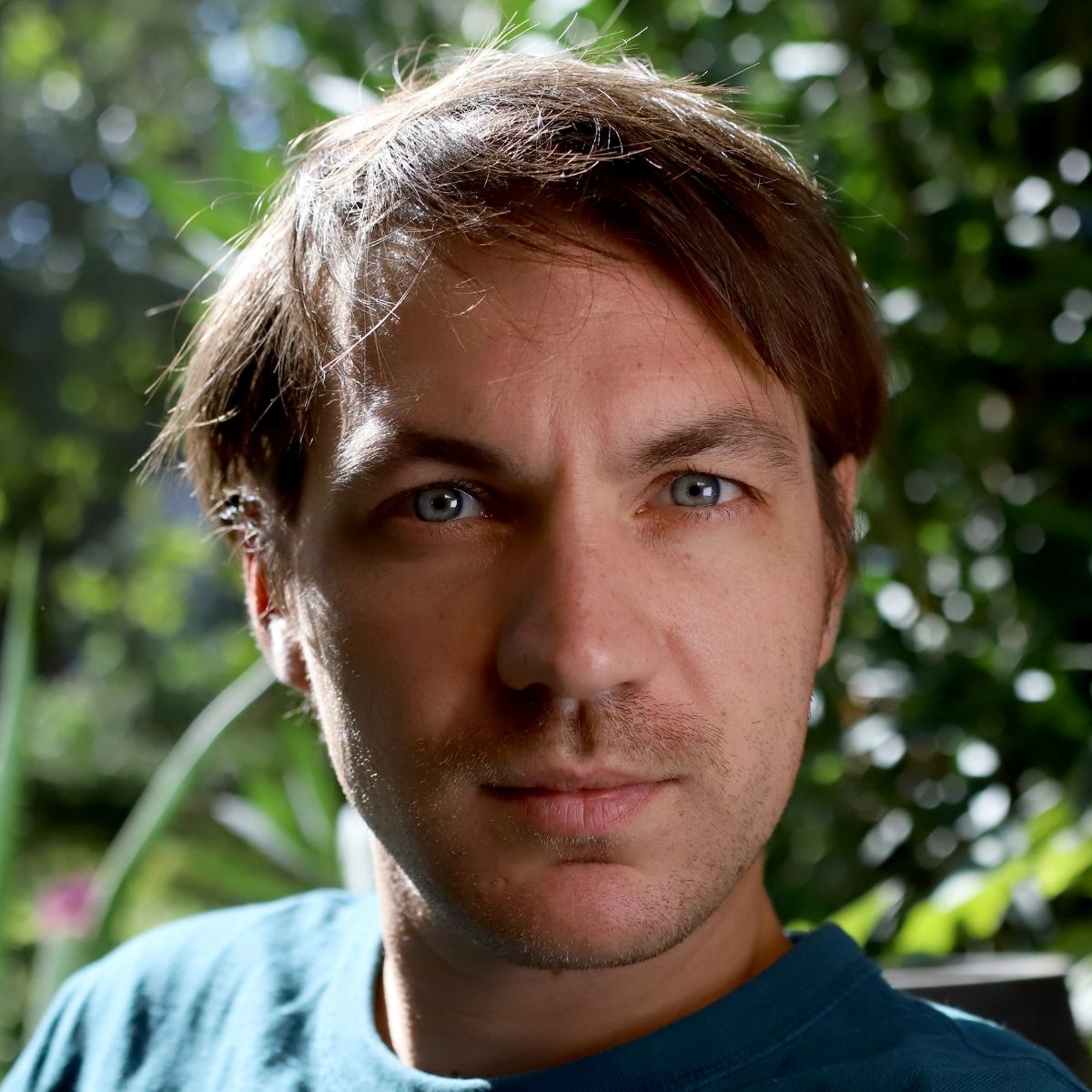 He is a graphic novelist and illustrator who spent 4 years in Bangalore, India, where he taught at a design school. Bangalore and L’Alcazar are two of his albums that capture the bustling city with its construction sites and workers on every corner. L’Alcazar is currently being published in English by Bharat Murthy. 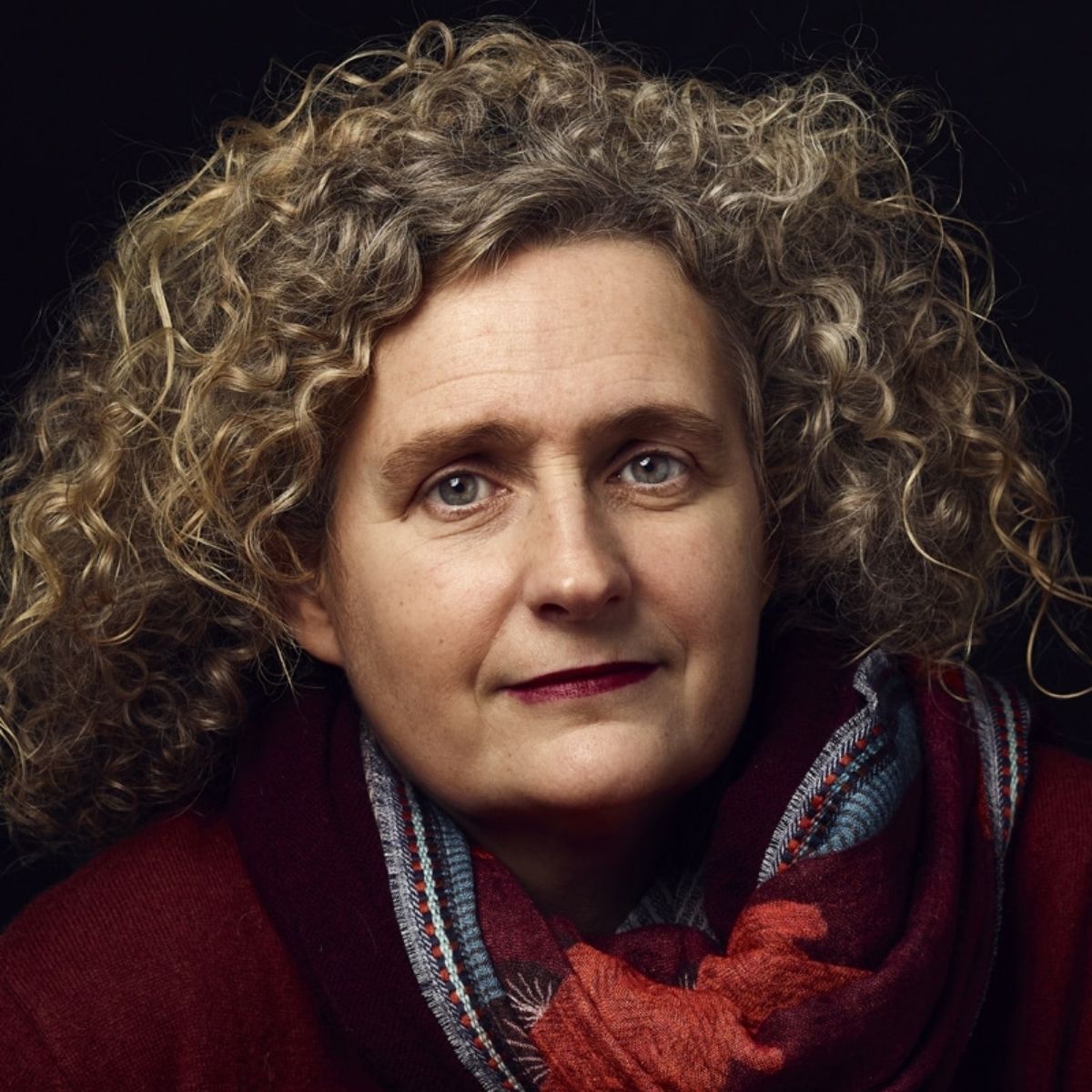 She is a novelist and screenwriter who spends her time between literature and cinema. She has a visual and aesthetic writing style that pleases the eye as much as the mind. In her first novel, Dans la nuit aussi le ciel (In the Night you find the Sky), she looks back on her experience as a teenager in the darkest depths of Kolkata. Her book Roissy has been translated into English and published by Seagull Books.