The history of science initiative of the Institut Français in India takes you on a first journey into this extraordinary past and the stories of exchanges between the top minds of the two countries across centuries right until the modern day through a travelling exhibition.

The history of science initiative of the Institut Français in India takes you on a first journey into this extraordinary past and the stories of exchanges between the top minds of the two countries across centuries right until the modern day through a travelling exhibition.

The Science Beyond Borders exhibition showcases the shared scientific history of Indo-French collaborations. Curated by Institut Français en Inde and its partners, the exhibition has been conceived specifically for this edition of Bonjour India marking 75 years of Independence and 75 years of the establishment of Indo-French relations. The Bonjour India festival has thus been conceived as a gift from France to India on this occasion.

Telling the story of this relationship was natural. Little known, but the scientific partnership is an important aspect of this shared history and mutual friendship. The history of science initiative of the Institut Français in India takes you on a first journey into this extraordinary history and the stories of exchanges between the top minds of the two countries across centuries right until modern-day. 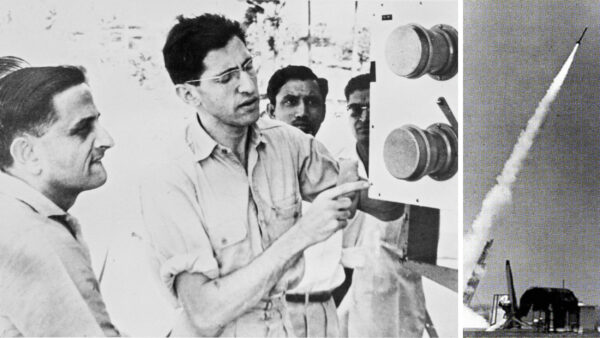 The history of science initiative is a beginning in bringing this rich past out of archives and institutions and research papers and personal memories. It is but the tip of the iceberg and a starting point to unravelling this story bit by bit, piece by piece, through narratives, texts, interviews, photographs, objects, audio-visual material and archival resources.

As countries of science and civilization since times immemorial, our peoples have interacted, exchanged, travelled and collaborated for centuries and decades. The oldest traces of common history between France and the Indian subcontinent dates back to medieval history, especially in the field of knowledge. Thus, in order to bring this perspective, the story had to dive deep back into the ancient world, in the exchanges that transpired between European scientists and philosophers and the civilizations that emerged in Southern Asia. Some segments of the exhibition therefore also focus on ancient discoveries that shaped and caused the prolific scientific and technological achievements that happened in the 20th century and thereafter.

Yes, a meeting at the Fifth General Assembly of the Committee on Space Research (COSPAR) in Washington DC in 1962 connected Jacques Blamont, Founder of Scientific & Technical Director of the French Space Agency (CNES) and Vikram Sarabhai, father of the Indian space programme thereby paving the way for the Indian space programme on 21st November 1963 with the launch of a sodium vapour payload from Thumba brought to India by Jacques Blamont. This was followed by three more rocket-based experiences conducted by the French Centaurus, a two-stage solid propellant rocket provided by CNES to ISRO.

But that’s not all.

The history of science and technology between the two countries is laden with precious gems pointing to invaluable, though little known, stories of ‘adventurers and pioneers’, comprising of scientists, academicians, entrepreneurs, institutions, engineers and government. The exhibition brings you stories across mathematics, medicine, nuclear science, biodiversity, aviation, physics, visual analytics, locomotives, astronomy, cartography and more.

The initiative will take you through some rare snippets of the prized Tata Central Archives, give you a peek into Airbus’ geospatial digital platform, bring to fore some brilliant records from the Institut Français de Pondichéry which is a repository of international research in cultures, environments and societies in South Asia, and delve into the experiences, memories, testimonies of many brilliant personalities, from India, from France.

Did you know that French mathematician, André Weil played a role in restructuring the Department of Mathematics of the Aligarh Muslim University in the 1930s? That he was passionate about Sanskrit studies and brought in mathematician DD Kosambi on board, himself fluent in many European languages?

That JRD Tata, who was half-French and educated in France much admired the French education system including the Ecole Polytéchniques created by Napoleon I to the Grandes Ecoles and then the Ecole Nationale d’Administration, a cradle of learning for future bureaucrats, Ministers and Heads of State? To him, these institutions provided merited children an opportunity to reach their highest potential. He drew inspiration from his experience to create many institutions including the National Institute for Advanced Studies in Bangalore which enabled bring gifted persons from different domains on a common educational platform.

That the Indian Railways adopted a standard of electrification as early as the 1950s in consultation with and with the technical assistance of the French National Railways (SNCF)?

That French botanist, Nicolas l’Empéreur worked with traditional medicine practitioners and artists to document medicinal plants in Orissa, and that this work makes for one of the largest herbal studies of the Indian sub-continent?

That Dr Homi Bhabha, founder of India’s nuclear energy programme worked closely with Frédéric Joliot-Curie, the then Chairman of the French Atomic Energy Commission (CEA) and laid the foundation for research and construction of beryllium-moderated reactors in 1951?

That mathematician and theoretical physicist, Satyendranath Bose was completely fluent in French and worked at the Radium Institute in Paris where he came into contact with Maurice and Louis de Broglie working on X-ray crystallography and thereon created an X-ray crystallography lab back home at the University of Calcutta? That he also enjoyed his time with French Indologist Sylvain Lévi and went to meet Marie Curie to work with her?

That the distinction of the first person taking to Indian skies was French pilot, Henri Picquet who flew the Blériot in Allahabad as early as 1910? That he also did the world’s first official airmail flight from Allahabad to Naini in a French Humber-Sommer a year later? In his footsteps came Henri Jullerot, Marc Pourpe and Georges Verminck who created their own histories in aviation in India.

That professor of geography, Jean Gallais initiated French geographic research in united Andhra Pradesh in 1962 with the collaboration of Osmania University and the University of Strasbourg which laid the foundations of the birth of an IMAGE lab wherein infographics and mathematics were applied to geography and brought together geographers, mathematicians, cartographers, statisticians and computer scientists under a single pluridisciplinary project and eventually laying the ground for an Indo-French Compu-Graphics and Planning project wherein French researchers trained members of the Bureau of Economics and Statistics (BES) of the then State of Andhra Pradesh?

For French language teachers: organize an outing for your students

Step out of the classroom: A pedagogical kit (in French) to explore the exhibition

How to join?
◉ Access to the venue as per entry policy. Fee of Rs 150/-, detailed info at https://bacri.org
◉ Covid-19 protocol

Exhibition opening: September 10 at 6 pm | Entry by invitation
Exhibition on view: Until 30th September
Time: 11 am – 8 pm (all days)

A capsule of the exhibition will also be displayed at the Delhi International Airport, T3 departures, starting 8th August. 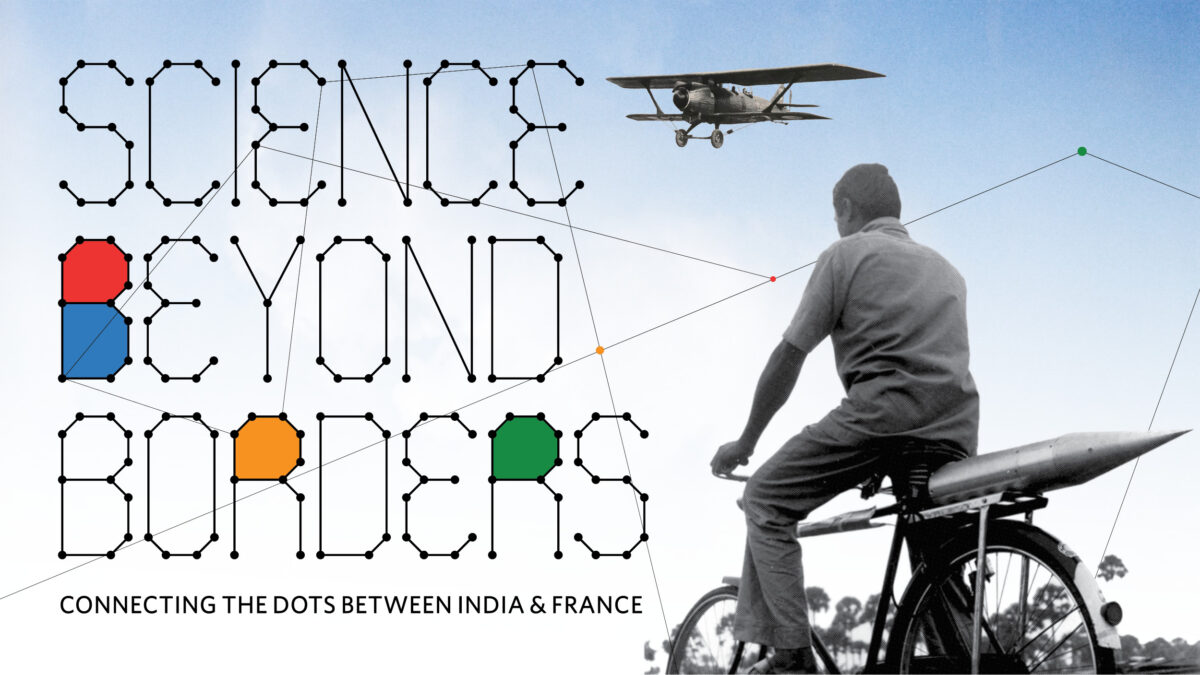 A discussion forum in each city will elaborate further on a subject or the exhibition or dwell upon aspects of history not covered by the exhibition.

The exhibition is also accompanied by an education kit designed for French language classes wherein students will have the opportunity to practice their French skills through playful activities. They will discover great Indian and French scientific figures, learn about the Indo-French scientific cooperation and enrich their vocabulary.

Overall, this initiative has been created with the objective of inculcating scientific temperament, fostering a collaborative approach to international research, highlighting the value of international relations for the development of science, saluting the great scientific minds of India and France and the world at large, highlighting the United Nation’s Sustainable Development Goals including quality education, promotion of STEM studies, gender equality, diversity and inclusion in education, underlying the role of industry in academic and scientific research and the value of their co-existence, showcasing opportunities for research, higher education, academic exchanges and mobility along with the internationalization of education and finally, reiterating the role of scientific knowledge in ensuring a safe and healthy world and a better life! We want to excite professionals and students to inspire them to usher in a new era of scientific collaboration between the two countries.

This exhibition highlights the interpersonal aspect of scientific interactions more than delving into the technical details of scientific discoveries. At the end of the day, this history and shared relationship are above all about the people of the two countries.

This history is still unravelling and we hope more stories will join this fascinating array of narrative, adventure and most importantly, about knowledge sharing and fellowship. 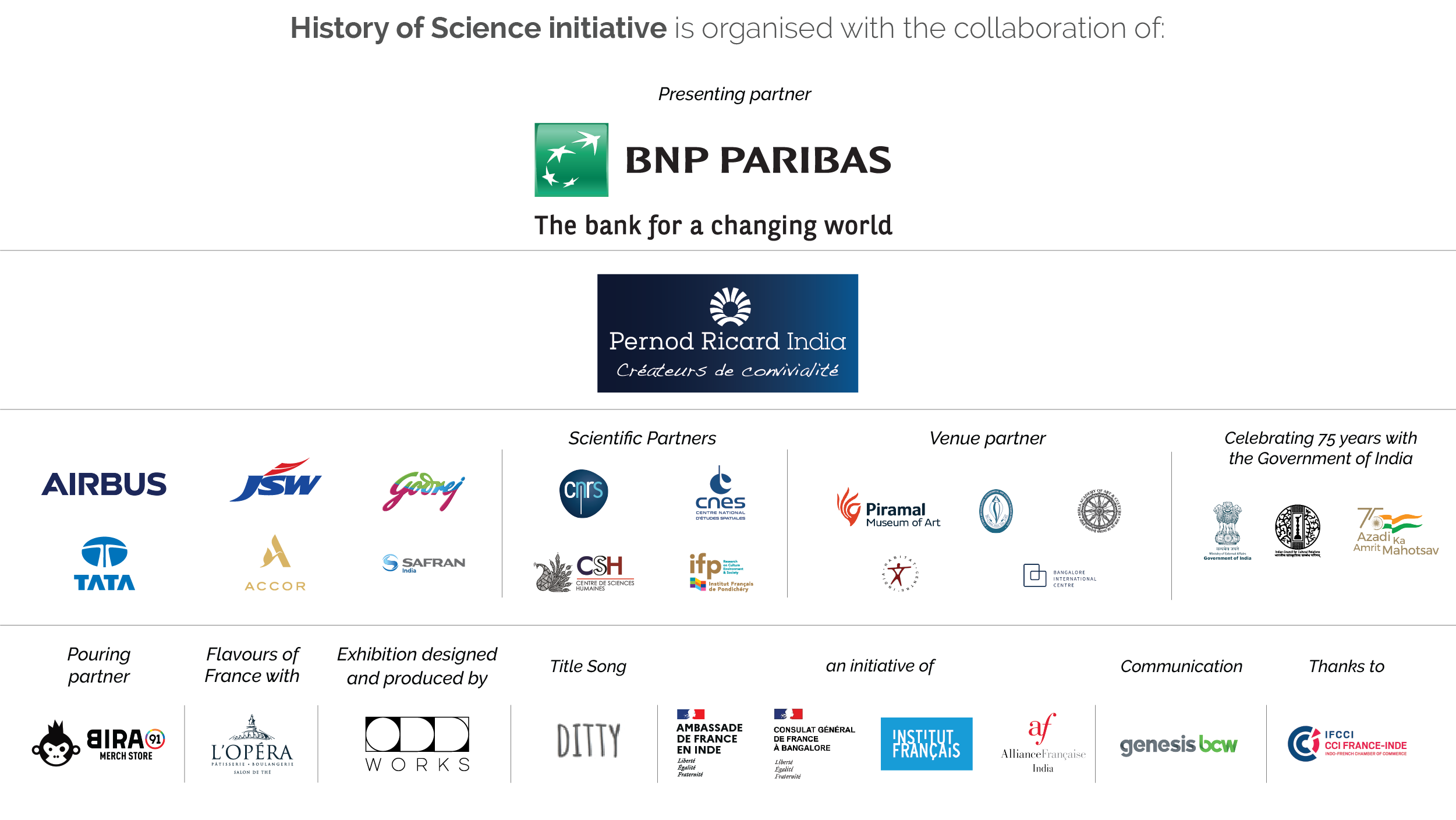